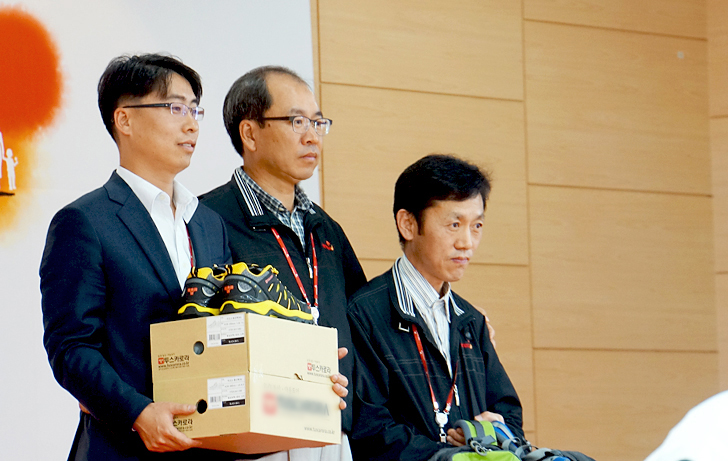 12th Anniversary of VATECH Networks was held at its head quarter on 27th of May, 2014

Since 2002 which is the year VATECH was founded Vatech had a series of World’s Firsts, in which all devices had become industry commercial hits.

Based on these success stories, Vatech begun to invest more heavily in Research and Development, allocating a substantial amount of resources to a vast group of engineers and freethinkers.

Mr. Ro, Chairman of VATECH Networks, gave a speech to all VATECH members about our vision

He emphasized the importance of happiness of each employee’s family.

As one of his visions, a project named “Walking together with family” was shown at the event.

This event is a kind of communication program with Father and Teenager daughter and son during summer vacation.

If you have any question about this event, please don’t hesitate to ask us.